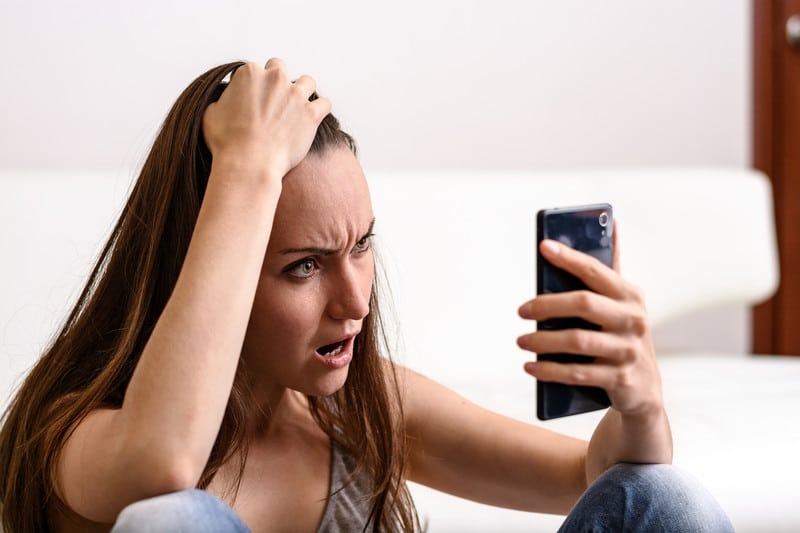 You’re not a good role model.

Stop putting yourself out there, no one cares about how great you are.

Don’t ever pretend you try and put the girls first. That is never the case.

Ever been on the receiving end of negativity by an ex-spouse?

Charly received these texts last week. Yet, how he chose to respond is what makes him an incredible human being, father, husband, and role model. This response is what I will share today.

Charly wasn’t always this way. These messages ten years ago took a heavy toll on his own emotional and physical well-being. While he ran a profitable online business, his own health and relationships took a toll. Charly began a personal development journey to become a better person, father, spouse, and friend. He dropped over 75 pounds and realized that his marriage at the time was no longer acceptable. Little did he know that this journey led him to become a successful high-performance coach and trainer that he is now. He learned how to not absorb someone else’s emotions, how to take the high road, and, most of all, how to lead himself and his family.

Since then, he learned special tactics on how to handle these specific situations.

While these text messages still hurt, Charly chooses to allow the words to flow over him as water flows over a rock. Charly referred to The Four Agreements by Don Miguel. These statements were a reflection of her low-self esteem or internal issues and possible ongoing depression. They had nothing to do with him. Her statements were not about who he was as a person.

Coping When Your Ex Lashes Out

Over time, Charly learned that his ex transitioned from (a) being happy to (b) starting a downward spiral of negativity. When this happened, personal attacks came full force. This is when these daily texts were sent to him. Sound familiar to anyone?

Lesson 2: Identify the triggers and patterns which brings upon negativity.

Charly’s response was overwhelming neutral and kept equal ground to the situation. While not wanting to engage in belligerent conversation back and forth, he responded with:

Wow. Do you see the energy coming from you right now? Are you okay? I care for you as a friend. I want to make sure you’re a success. And, we need to be the best role models for our kids.

Let me know when we can have a more mature conversation.

I believe you are both mature enough to handle the reality of what’s been happening, at least from my perspective, behind the scenes toward the issues that arise in co-parenting. Up until now, I’ve shielded you from this – but I have a feeling it’s now doing a disservice to you both.

I promise I’ll stick to the facts, so you can make your own decisions, and form your own opinions on this.  I think, now, more than ever it’s important for you two to hear this – because this will play a key role in how you may, one day, decide to co-parent, especially if you are ever separated, or in a divorced situation.

They were both VERY happy to hear the facts, so they could make their own decisions and form their own opinions.

After Charly reviewed the facts, he mentioned that his girls might get ‘blow-back’ if they confront their mother with the facts, so they need to be real about the consequences if their mom doesn’t like what she’s hearing, especially if she’s already in a negative/neutral mood.

Notice what Charly did. He stated facts only without being derogatory or negative to his ex-spouse.

Lesson 4: Have a direct conversation with your children about what’s going on and what to do if they feel unsafe.

Charly reached out to his ex-wife’s current husband asking how he could best assist his ex-wife.

No matter the circumstance, and how negative things have gotten – Charly continues to reiterate to his ex via text, in person, over the phone and via email:

I do care for, and send love to, you, your husband and your daughter, too.

Lesson 5: Help on all fronts for all people that may be affected by the person’s ongoing triggers.

It takes a level-headed person to handle negative attacks with a calm, cool perspective. Instead of reacting in negative attacks back that would not have made the situation any better, Charly choose to take the higher road. He didn’t’ stoop down to her level but rather uplifted his daughters.

Whether you’re on the other side of negative attacks, identify how you can best respond and not react. Don’t engage the drama, end the drama. Respond from a place of love and respect whether you’re getting it or not.

How can you use Charly’s journey as a way to thrive instead of getting knocked down?

What practices will you put into place if you are in a similar situation?